Did you know? Five fun facts about Belgium 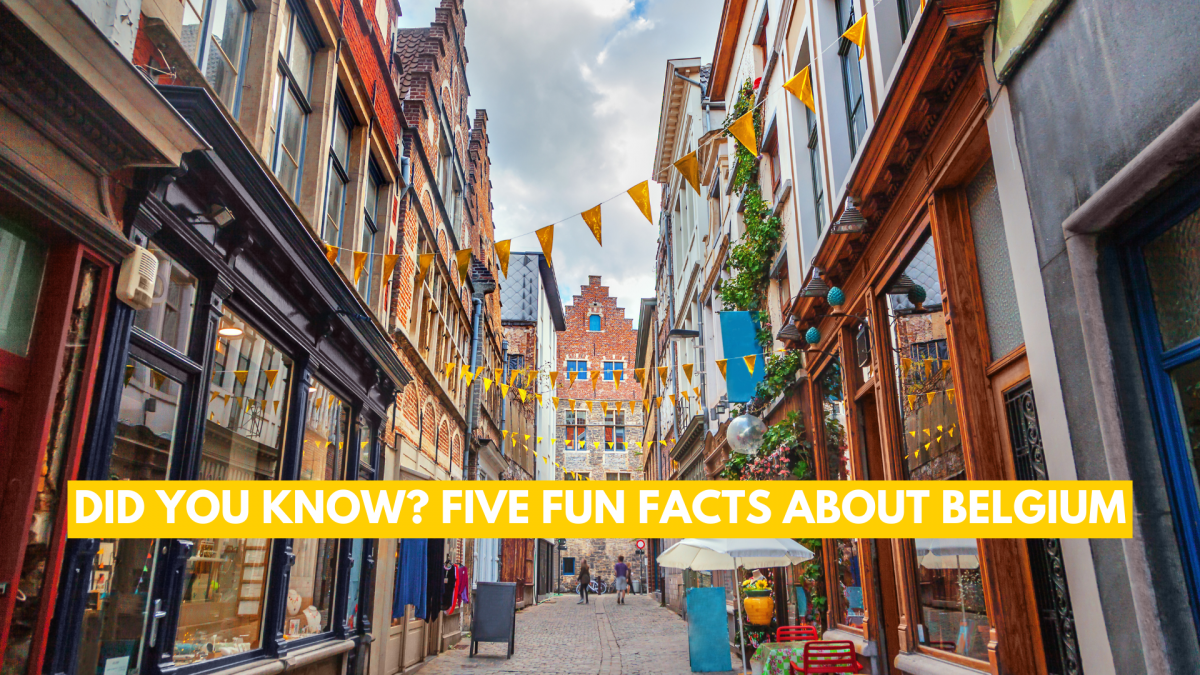 If there’s one thing we like, it’s the fun facts about Belgium. So when we discovered the “Did you know? “section on the Focus on Belgium website, we immediately wrote an article with some of our favourite anecdotes.

And since you liked it so much, we decided to write a second one with new and even more stories about Belgium!

Get ready, the flat country hasn’t said its last word!

1. ROLLER SKATES WERE INVENTED BY A BELGIAN

Even more surprisingly, roller skates were invented… around 1760! At least that is the date on which our Belgian Merlin would have patented his roller skates.

Incredible, isn’t it? So put on your fancy roller skates and let’s go for a ride!

Before leaving for the United States to escape the Nazism at the time in Europe, Albert Einstein first lived for a few months in De Haan in 1933. The famous German physicist lived at the Villa Savoyarde from April to September 1933, before leaving for America.

We would like to tell you that it’s also in Belgium that he developed the famous equation E=mc², but don’t ask for too much 😉

3. BRUSSELS COURTHOUSE HAS A TWIN IN LIMA

We know many famous monuments were duplicated throughout the world (the Eiffel Tower in Las Vegas for instance).

However, what we didn’t know was that our Brussels Courthouse also had its replica… in Lima, Peru!

Built in the 1930s, the Peruvian twin is nevertheless different from our Brussels courthouse. There is not the mythical dome at the top, which was never built, leaving the Lima Courthouse unfinished!

4. THE FIRST EUROPEAN MULLET FESTIVAL WAS LAUNCHED IN BELGIUM

It’s official, get ready for the return of the mullet in 2021! But in Belgium, we are already ahead of the trend! As early as 2019, the ASBL “Les amis de la coupe mulet” organised the first European mullet festival in Boussu in Hainaut, which has become the capital of this nostalgic hairstyle with more than 1,500 visitors!

But it’s still unclear whether the mullet will be back in 2021 because of fashion trends or due to all our failed haircuts during the lockdown!

5. THE SIGNAL DE BOTRANGE IS THE HIGHEST POINT IN BELGIUM

After the First World War, Germany ceded the Eastern Cantons to Belgium, thus enlarging the Belgian territory by 1,050 km² in 1919.

Since then, the Signal de Botrange has replaced the 674-metre-high Baraque Michel, which was the highest point in the country until then.

It’s the perfect opportunity to put on our famous Belgian roller skates and go for a ride in the Hautes Fagnes!

This is the end of our article! But don’t worry, we’ll be back very soon with new fun facts! In the meantime, have a look at the Focus on Belgium website and tell us in comment what’s your favourite fun fact about Belgium!

Any cookies that may not be particularly necessary for the website to function and is used specifically to collect user personal data via analytics, ads, other embedded contents are termed as non-necessary cookies. It is mandatory to procure user consent prior to running these cookies on your website.

Analytical cookies are used to understand how visitors interact with the website. These cookies help provide information on metrics the number of visitors, bounce rate, traffic source, etc.

Advertisement cookies are used to provide visitors with relevant ads and marketing campaigns. These cookies track visitors across websites and collect information to provide customized ads.

Performance cookies are used to understand and analyze the key performance indexes of the website which helps in delivering a better user experience for the visitors.