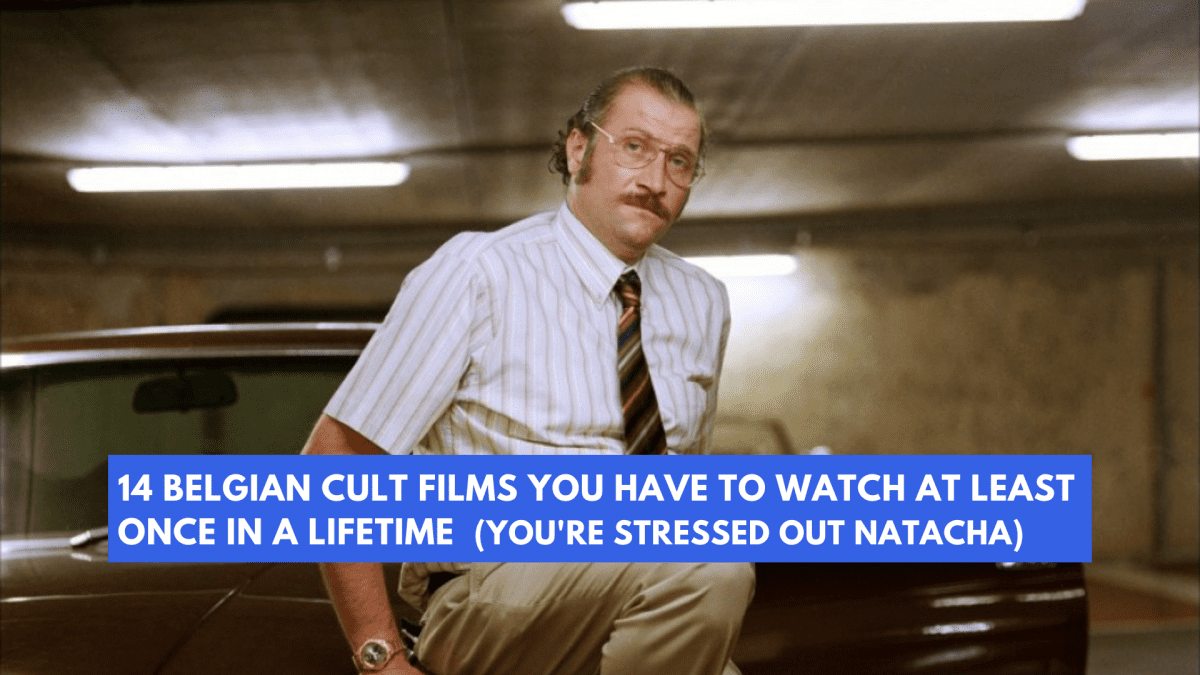 Today it’s Louis, our super graphic designer, who has prepared a little selection of cult Belgian movies to lighten up your Friday night! Get ready to take notes, the Belgian cinema is coming to your home.

“As you know, we are now under a second lockdown. If you live in a cave and you haven’t noticed it yet, we advise you to read this article! Today we’re going to talk about some of the best Belgian movies that will help you to fill the most hollow moments of your day.

Starting with one of the most critically acclaimed Belgian movies, which was nominated for an Oscar in 2014.

Young Maybelle is diagnosed with cancer. Didier and Elise, her parents, will accompany her as best they can in this terrible battle against the disease.

This Flemish feature film questions life from every angle. It will make you laugh a little, cry a lot, reflect on existential questions, on relationships to love, life, illness and music.

*You can watch The Broken Circle Breakdown on AppleTV or GooglePlay. 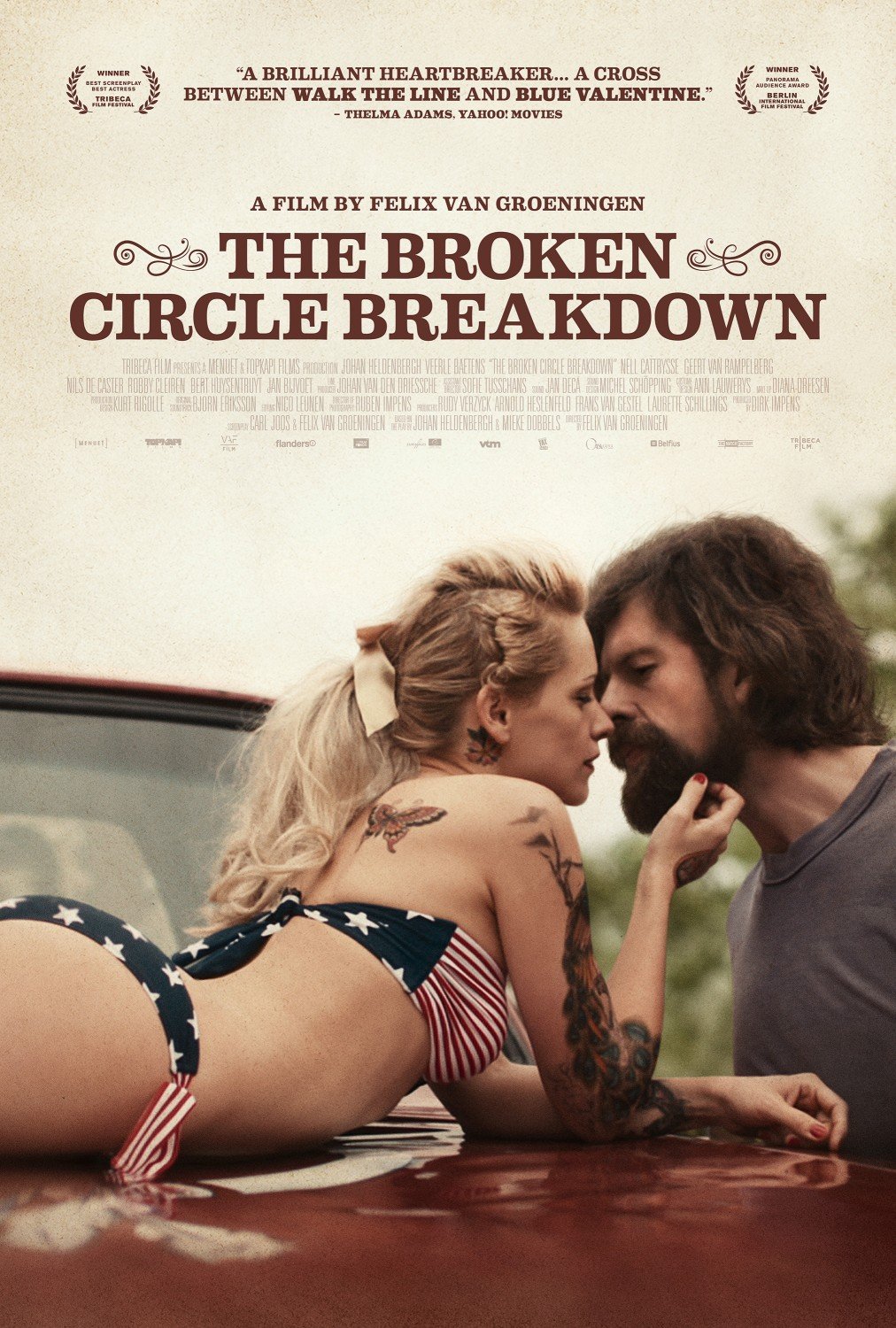 If, as previously said, you live in a cave, you may never have heard of it. Yet it is a great classic of Belgian comedy.

J.C. is a loudmouth who wants to help his buddy Steph find the love of his life. They will meet Natacha and Nadine… but not only that! They will also cross paths with Claudy, Laurence and Greg.

But we won’t tell you more, we can only tell you that many people (even in France) quote over and over again the cult lines of this film whose soaked humour will make you fall off your seat.

*You can find the film Dikkenek on Youtube or Netflix. 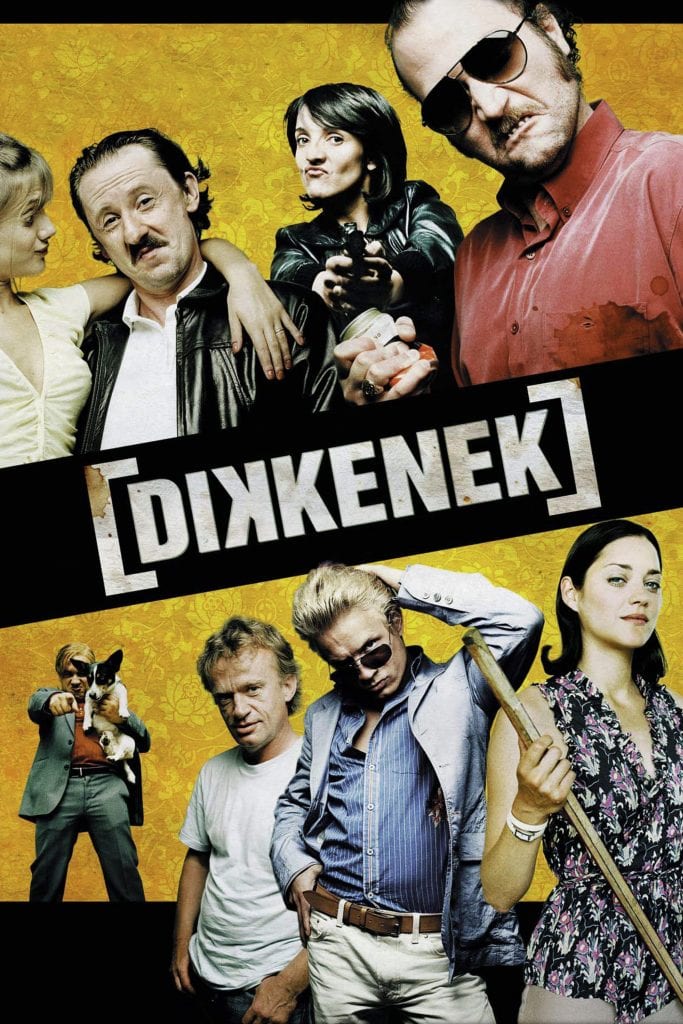 If you swear by American actors, love science fiction, and if you are attracted to Belgian creativity, this movie is for you.

Nemo is 118 years old, he is the last mortal man on earth and he wonders about his past. Doctor Feldheim will help him.

With great actors such as Jared Leto and Diane Kruger in the cast, this tightly woven drama will plunge you into a strangely captivating world. You didn’t know this film was Belgian? Well, it is! We have great talents in our small country!

*Mr. Nobody is available on Canal+ 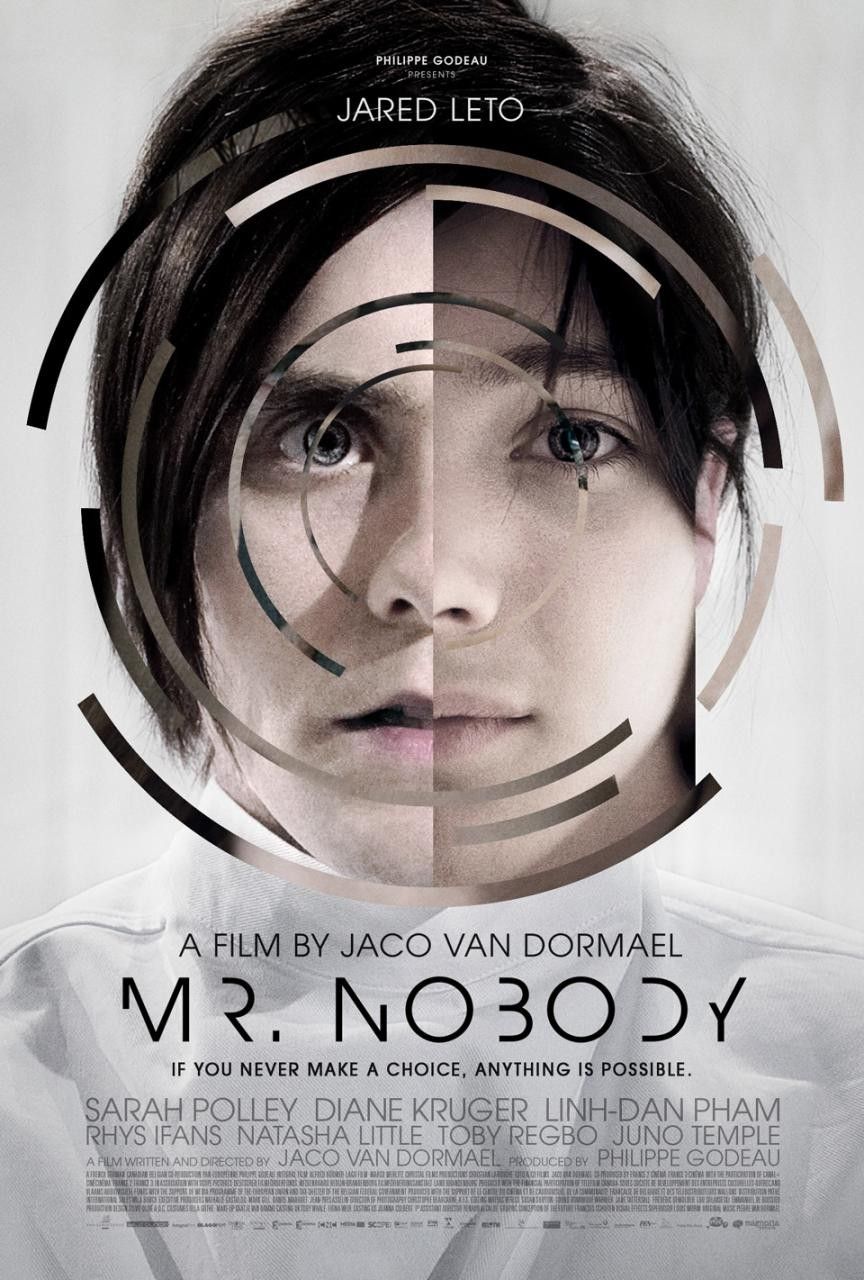 Kirikou is a tiny and very strong little boy who is born in an African village that he will try to protect from the cruel witch Karaba.

Would you like to watch an excellent adventure cartoon? Or do you have children aged 8 or older at home? Then you know what you have to do.

*You can watch Kirikou and the Socrière on Netflix or OCS. 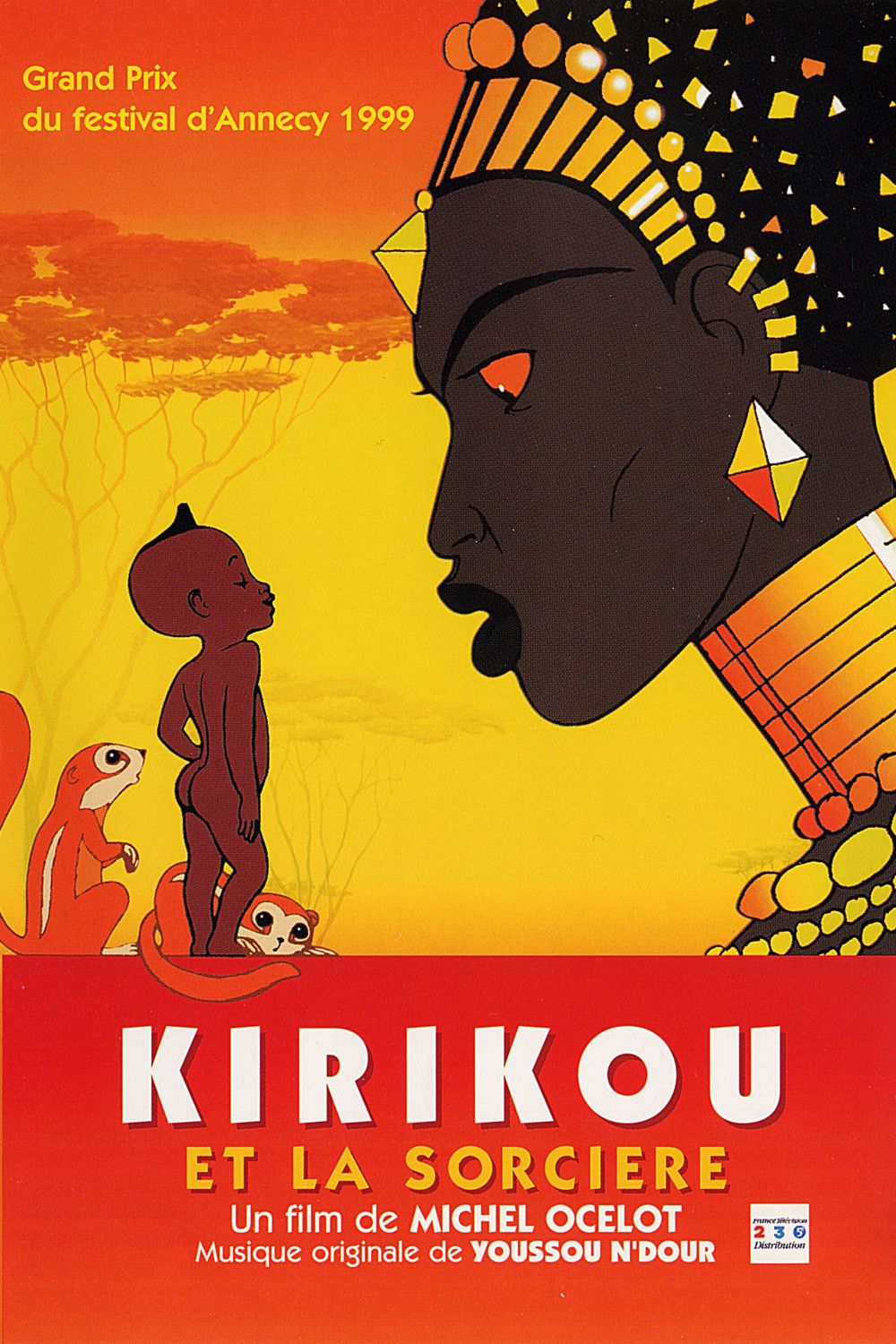 So beware, for this one you have to hold on! Unlike the previous one, it is better to keep the children away from the screen while watching.

Jacky Vanmarsenille is a cattle owner who has to inject himself with massive doses of steroids. After the murder of a federal policeman by the Flemish mafia, the vice of a police investigation tightens its grip on him.

Hold on to the armrest, keep your eyes glued to the screen so that you don’t miss a single second of this exhilarating police drama.

*Feel like watching Rundskop? Watch this movie on AppleTV 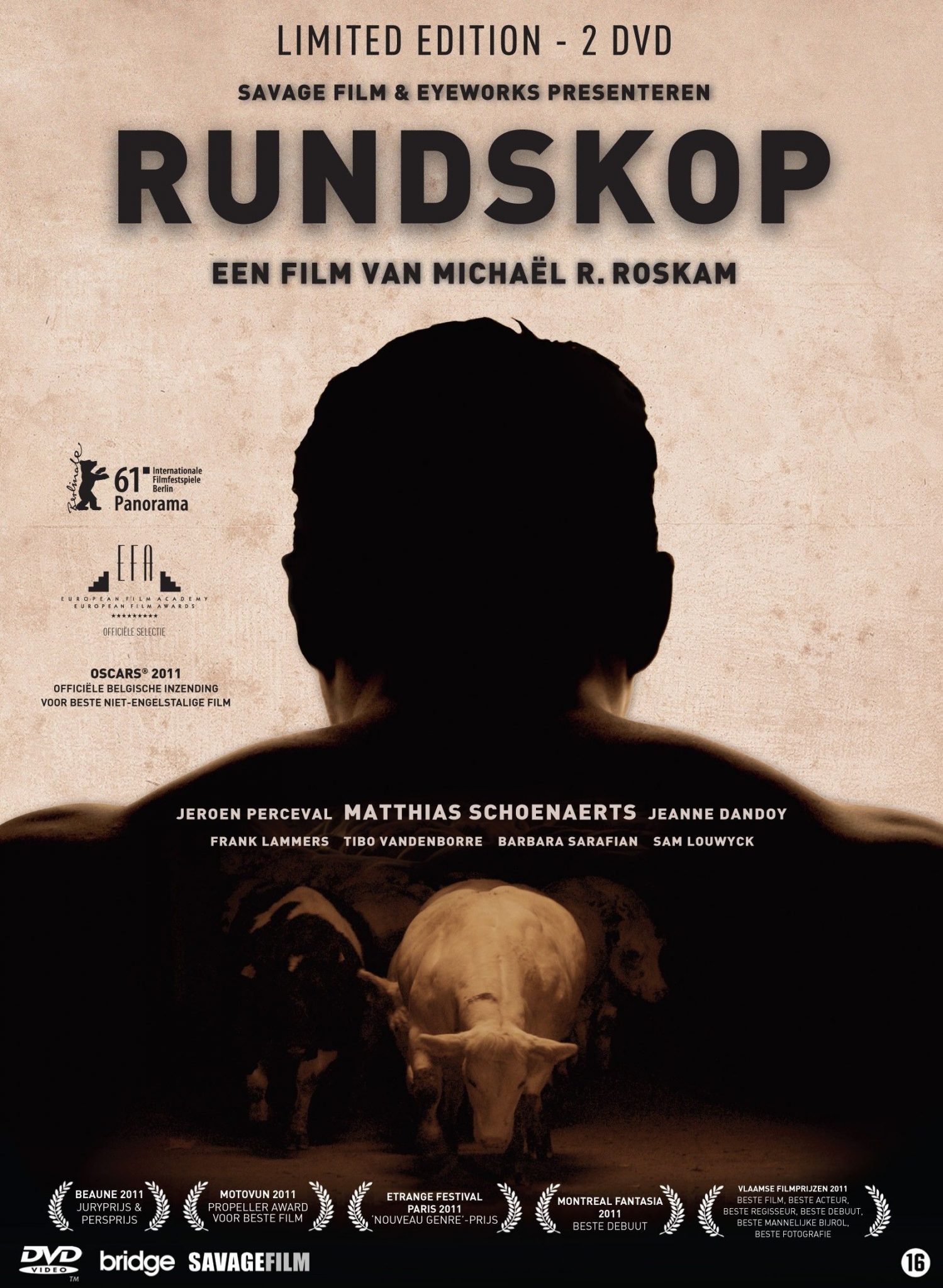 Let’s find a little lightheartedness with the first feature film directed by our beloved François Damiens. He plays the lead role in this comedy exclusively filmed with hidden cameras.

Sullivan is fed up with Dany, his father, playing the king behind bars. The latter decides to escape and, on the run, will try to teach his ket (his son) life.

It is definitely a Belgian film that is as hilarious as it is funny.

*My Ket is available on AppleTV or GooglePlay. 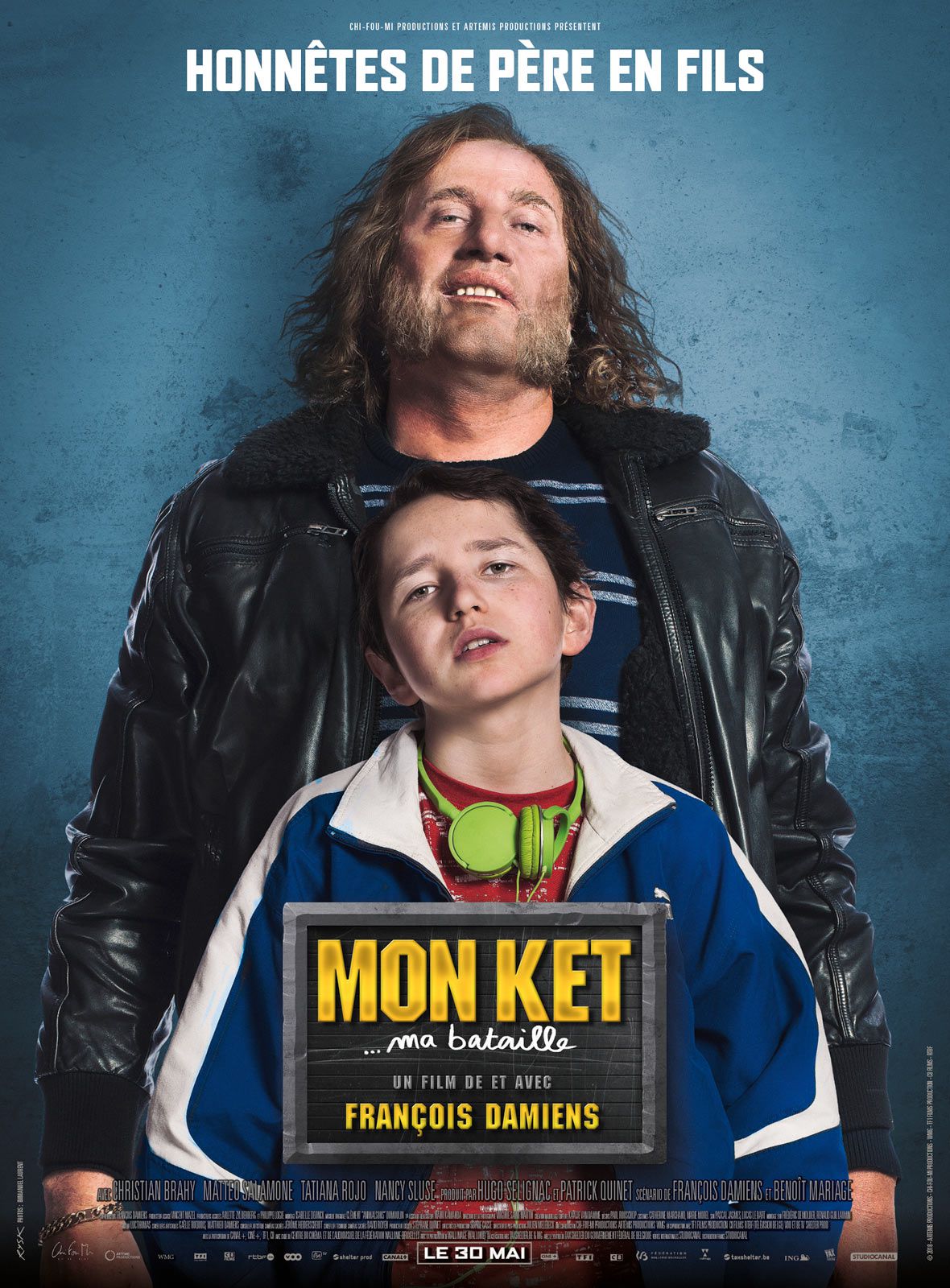 Belgica is also a drama (yes, in case you haven’t noticed yet, Belgian directors love drama).

Jo, a music lover, decides to open his own café-concert. his brother Franck is going to help him. The financial help of the latter will impose stability but also problems. A film about fraternity, friendship, love but also a lot of PARTY (it’s a little bit like Belgium, isn’t it?). So here we are, by offering you this, we’re offering you a big dose of fiesta by proxy, because we all have to be happy enough with what we’ve got and it feels good sometimes to pretend everything is fine!

*You can watch Belgica on AppleTv or YeloPlay. 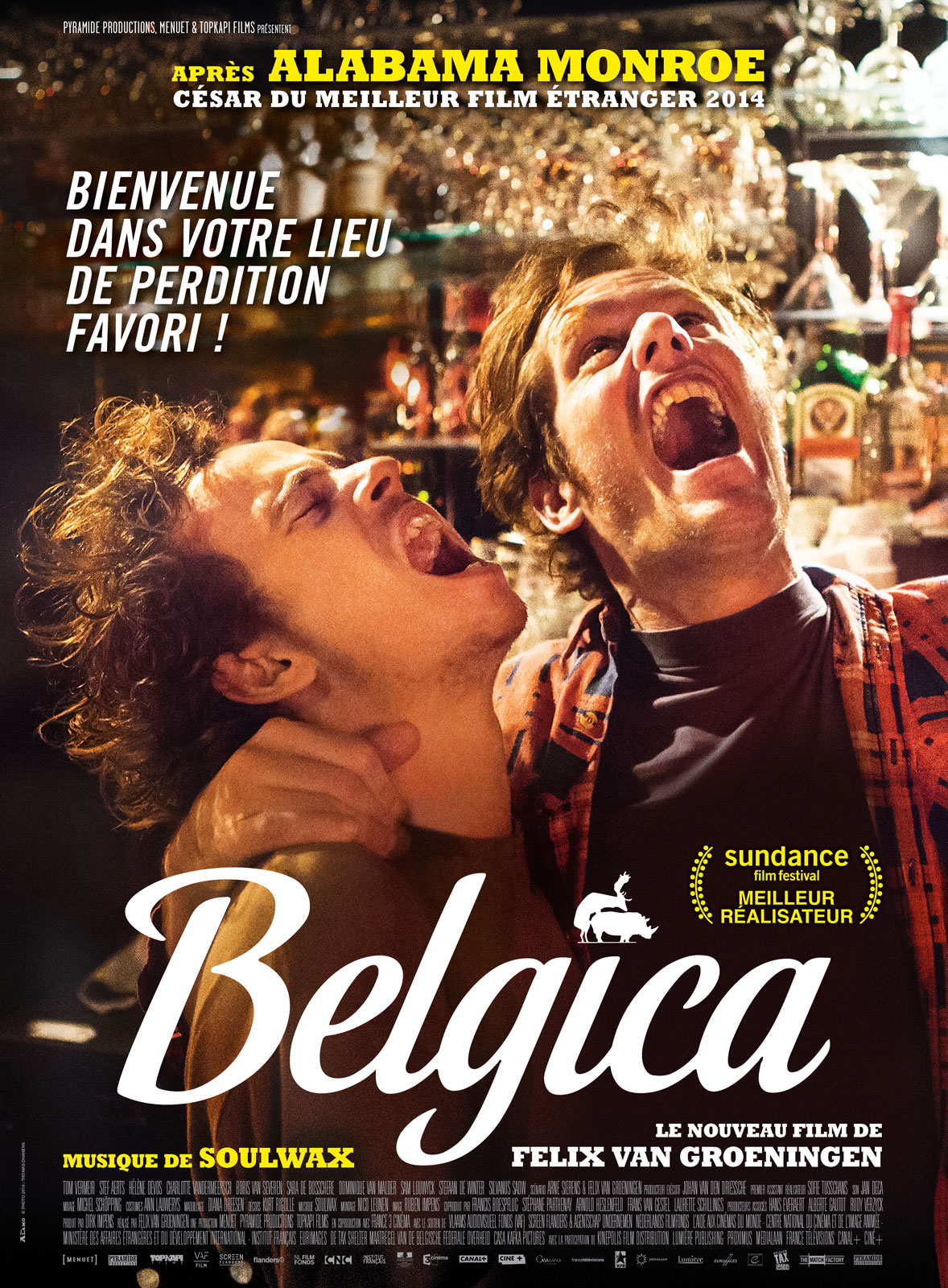 Harry works seven days a week. His life is turned upside down when he meets George, who has trysomy 21 and lives in the moment. You’ll discover that professional life isn’t everything, that friendship has no boundaries and that difference is not a barrier.

A dramatic buddy movie about the sweet relationship between two men. Laughter, tears and cutenness are the order of the day! 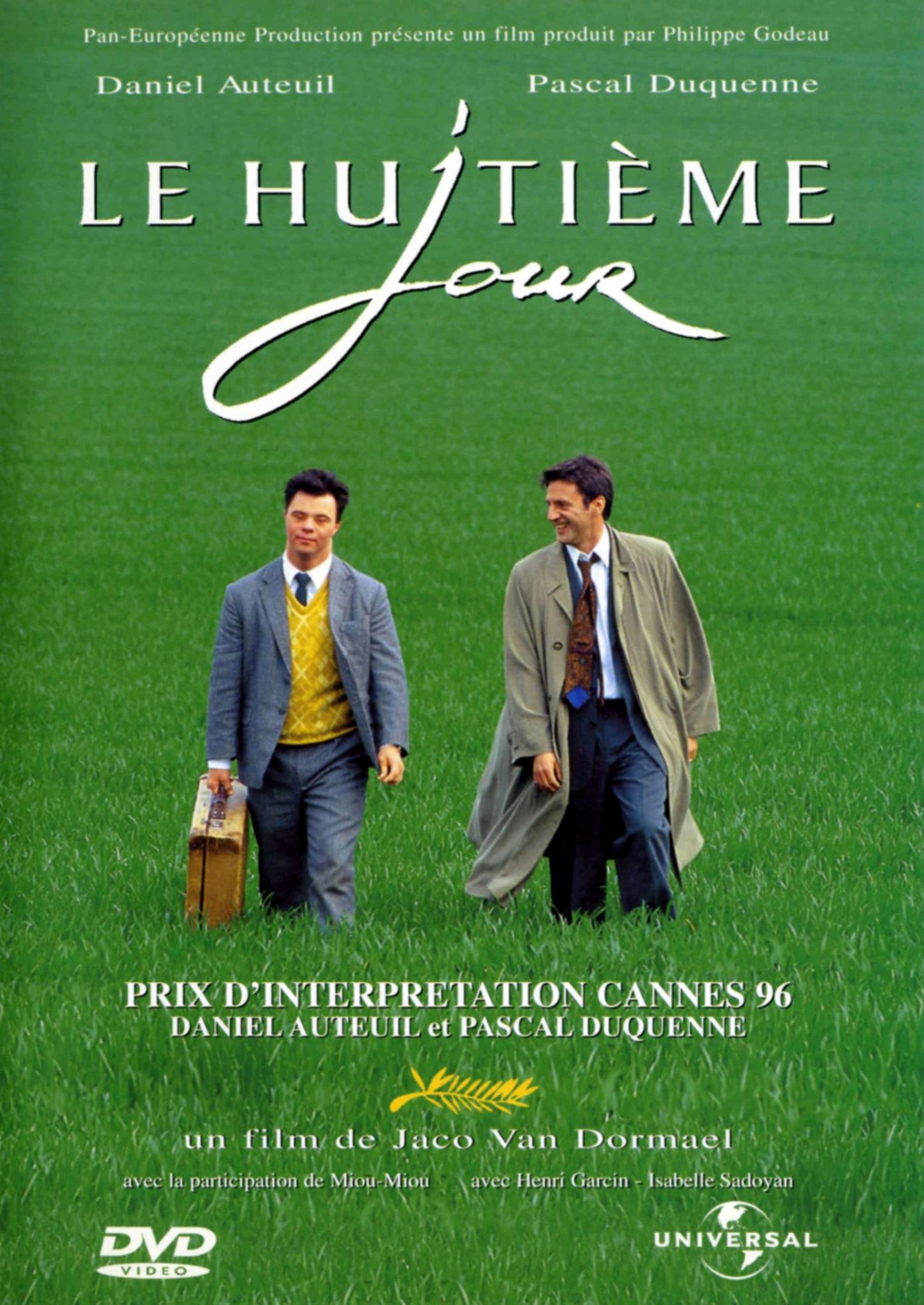 This is a classic Belgian movie! Here is a feature-length genre film by another of our sacred monsters, namely Benoît Poelvoorde.

A small team of apprentice filmmakers are shooting a documentary about Ben, a man who has the particularity of killing people for a living. He mainly targets middle-class people and the elderly.

An auteur film, genre film, black humour, call it what you like… But if you haven’t seen it, please go and see Poelvoorde making macabre antics right away! 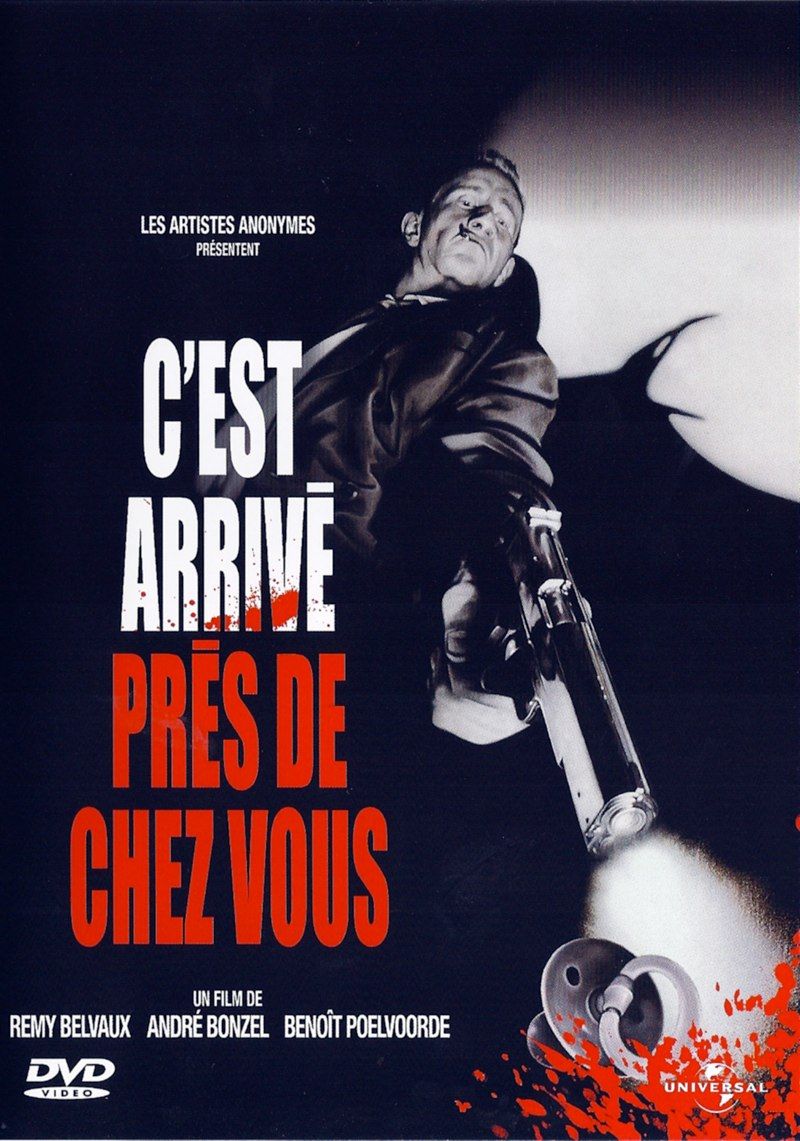 It’s another drama, but this time inspired by real and tragic facts that really happened: the Geneviève Lhermitte affair.

Murielle and Mounir, a happy couple, are going to get married and have children. Their relationship with Dr. Pinget, with whom they live, suffocates them and the family has no idea of the tragic end they are heading towards.

So if you are interested in stories of strange murders, you can learn more about this event that has sadly marked Belgium.

*Find Our Children on GooglePlay 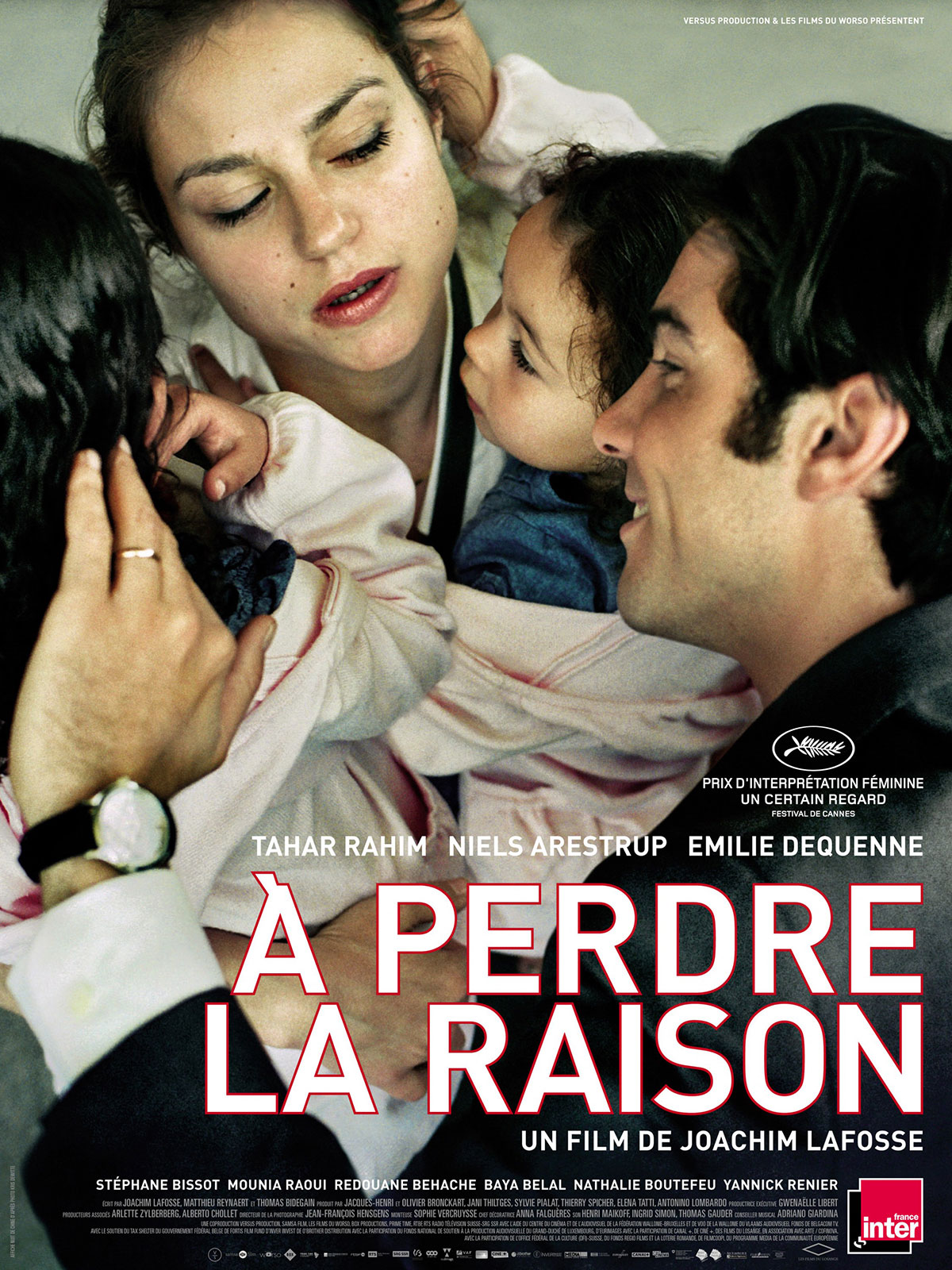 Above the Law (Tueurs in French) (François Troukens, Jean-François Hensgens; 2017)

It hasn’t been mentioned in the selection yet, but the Belgians are capable of making excellent detective movies!

While Frank carries out an incredible heist, a commando of killers goes into action and executes all the witnesses, including the magistrate investigating the Mad Shooters case. Thirty years later, these same killers are back. Arrested in flagrante delicto and in the face of media pressure, Frank will have to escape in order to prove his innocence.

“Above the Law” is an action film like we often see in the USA or in France, except that here, it’s homemade. So if you’re fed up with drama and you want a fight and dirty cops, go watch it!

*Above the Law is available on AppleTv or GooglePlay. 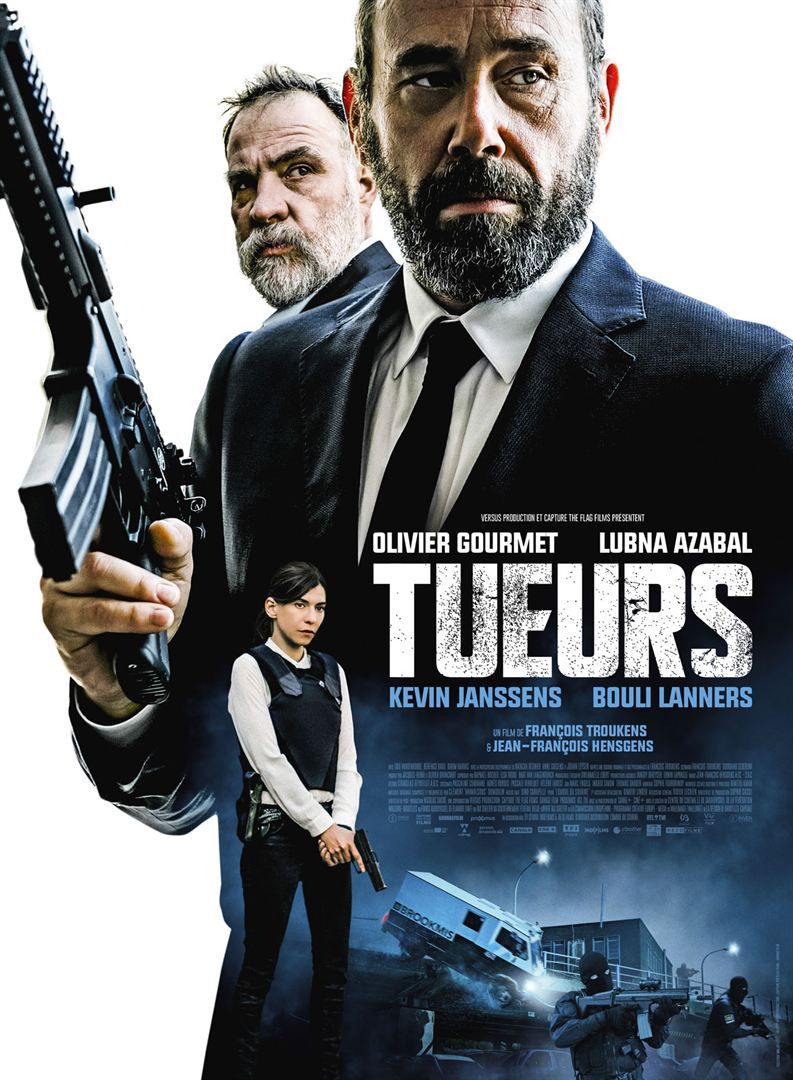 If you want to get closer to another kind of reality, you should watch “Black”. When we say “reality,” we’re talking about the reality of the street, the city and the asphalt.

Mavela, 15 years old, is a member of the urban gang Black Bronx, known in the Congolese district of Matonge in Ixelles. She is going to fall in love with Marwan, a member of the rival gang of Molenbeek, the 1080s. Their future looks set to be full of pitfalls.

Do you know Brussels? Then you’ll recognise some of these streets. And if you want to see a 2.0 version of “Gangs of New York”, go and have watch “Black”!

*You can watch Black on YelloPlay, AppleTV or GooglePlay. 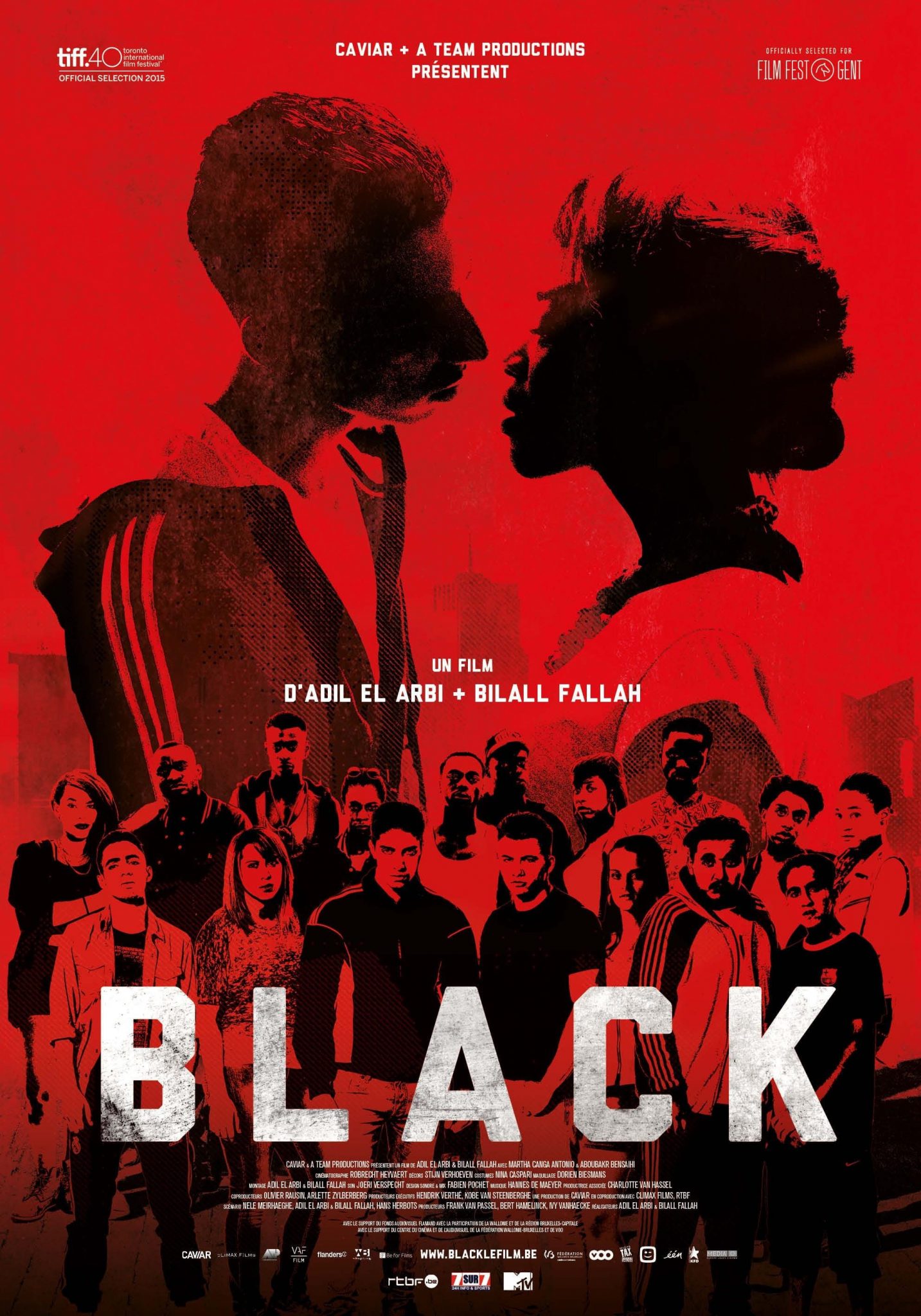 A road movie, you know what this is? It’s a film about an adventure on the road. And in this case, it’s also a buddy movie (remember?)!

Elie, an idle drug addict, tries one evening to rob Yvan, a garage owner who repairs old American cars. But instead of beating him up, Yvan takes a liking for the young man. Peripatetic adventures, disturbing encounters and all sorts of funny situations await you on this delicious little trip. 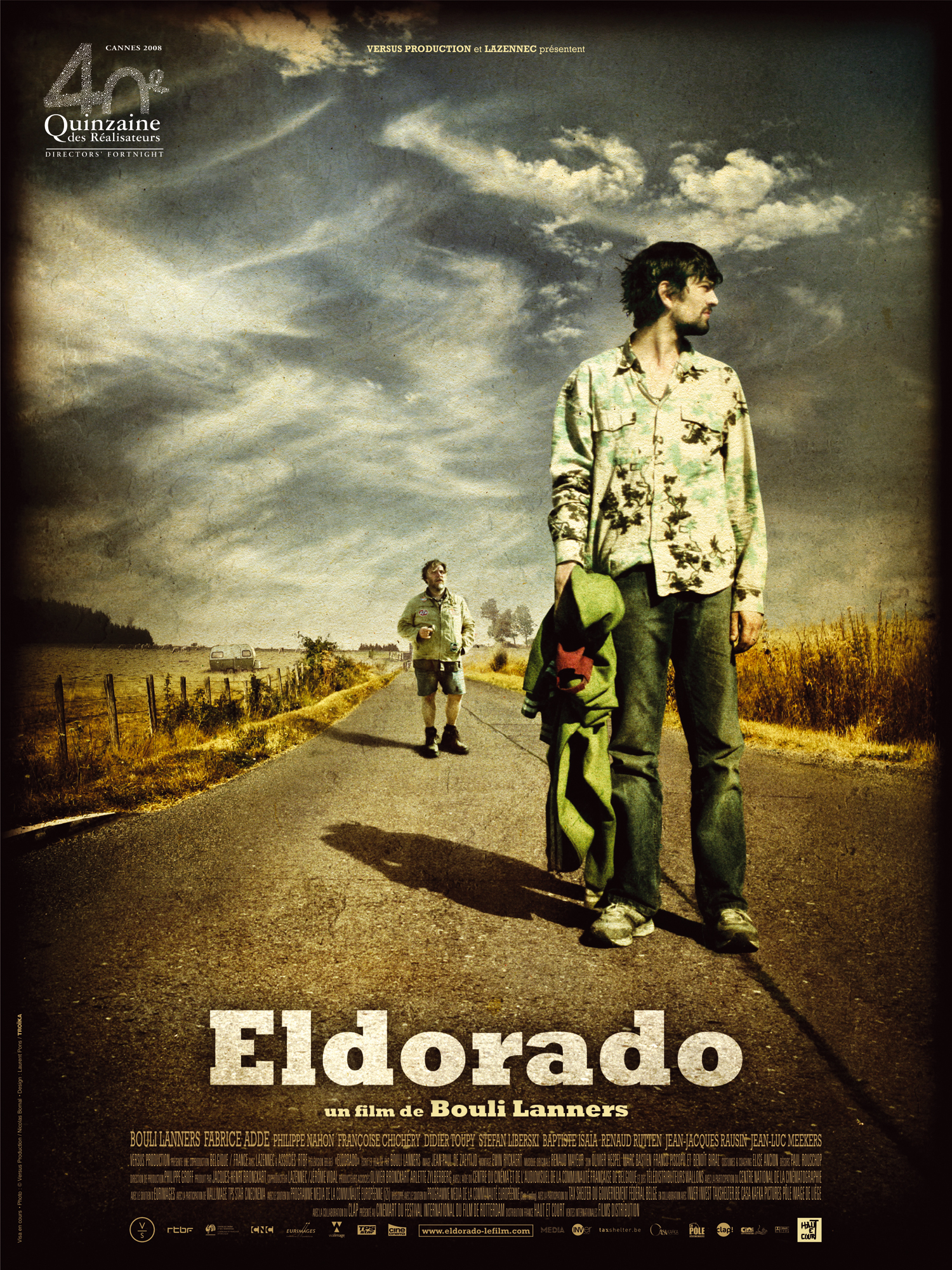 To conclude this selection of Belgian movies, we propose one last different genre: the absurd. And in Belgium, we know about absurdity, don’t we?! Who says absurd usually says funny but… not in this film!

Overwhelmed by his mother’s love, Michel starts to develop the same symptoms as the latter who suffers from… breast cancer! A rather curious dramatic comedy filmed in black and white that is a must-see!

*You can watch Death by death on AppleTv or GooglePlay 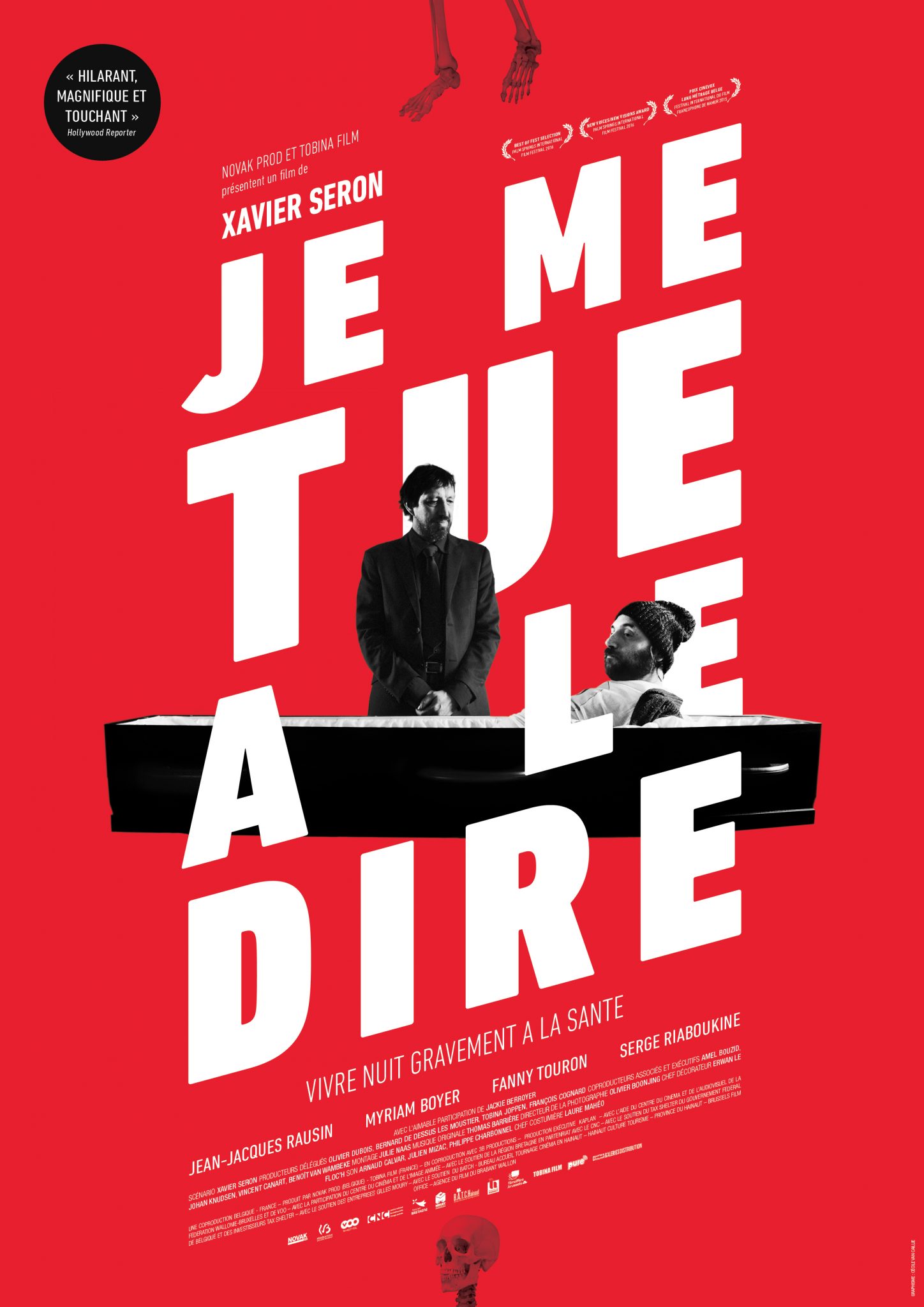 That’s it, our selection ends here. Of course, we could have told you about so many other classics of Belgian cinema: Hasta la Vista, Café Derby, Les Barons, etc. But above all we are curious to know your selection of favourite Belgian movies!

So don’t hesitate to tell us what you think of the films on our list and to share with us your favourite Belgian movies, we would be super glad to have your opinion!”

Any cookies that may not be particularly necessary for the website to function and is used specifically to collect user personal data via analytics, ads, other embedded contents are termed as non-necessary cookies. It is mandatory to procure user consent prior to running these cookies on your website.

Analytical cookies are used to understand how visitors interact with the website. These cookies help provide information on metrics the number of visitors, bounce rate, traffic source, etc.

Advertisement cookies are used to provide visitors with relevant ads and marketing campaigns. These cookies track visitors across websites and collect information to provide customized ads.

Performance cookies are used to understand and analyze the key performance indexes of the website which helps in delivering a better user experience for the visitors.